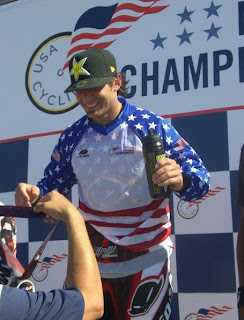 Pretty psyched on this interview. This dudes busy making deals and buying houses but he took a miniute out of his day to answer some questions, Free Agent/ Rockstar's World Champ Stephen Larralde.


When did you start racing?

Since this is a training blog, do you actually train for bmx?

(Stephen) Yeah I go to the track when I can, that is good practice, however since lake perris shut down it is tough to get out to a track since they are all like 1 hour away. I also do the gym but that is only for the gun show haha.

If so what's the fav exercise to get quicker?

(Stephen)Really nothing I do at gym makes me faster, but I do, do road rides about 2 times a week and I think that helps for my cardio.

You seem to have a mental edge on the competition even though sometimes (sundays) you may not have the physical edge. How do you mentally prepare for a race?

(Stephen)You know, I really don’t know what it is, when the mains come around my mentals head a different way it’s like something comes over me and I get to a place where I need to be. I mean most of the time on Sundays I feel like I have been hit by a semi truck!! But you know what once the main comes it seems as if that is all forgotton. I think this has a lot to do when I was young, I have never been the type that gets nervous and seem to put it together when it counts. I just know what I came here to do and let it loose at the end. 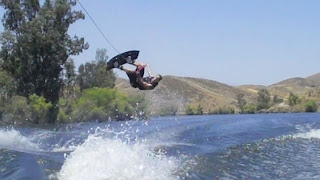 I know you like to wakeboard for some crosstraining. Who's your fav rider?
(Stephen) love wakeboarding even though I think I did it once last year ha ha. I like rusty malonaski, I think I spelled it right. He goes big! I also like byerly because he is old school ledgend!
Is there a wakeboarding trick that you want to learn but too scared to try?
(Stephen) I have a few tricks in the bag like all back flip rotations and 360’s. the trick I actually like the most and am terrified to do is a air reighly. It just scares the crap out of me. however I heard it is pretty simple.
I see you're in love with Rockstar energy drinks, what's your fav flavor?
(Stephen) Actually driking one right now!! ha ha I love the Rockstar zero carb! All time favorite.

Is there going to be a Larralde carrying on the name in bmx in the future?
(Stephen)  Haha I doubt it, I don’t want to be around bmx all my life, just kidding if they want to ride then let um ride. I hope they choose something along the lines of baseball or something traditional. Ha ha 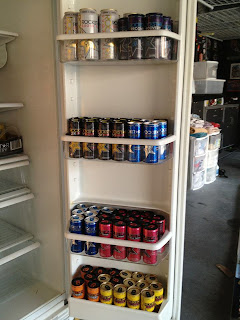 For those of you who don't know Stephen is a really nice guy and a really good racer. It may have to do with all the excess Taurine and vitamin B in his system. Thanks again Stephen!
Posted by Jake Stephenitch at 7:14 AM